Sahana Dharmapuri is the Director of the Our Secure Future program at the One Earth Future Foundation. From 2006-2016 she was an independent gender advisor on gender, peace, and security issues to USAID, NATO, The Swedish Armed Forces, the United States Institute for Peace, International Peace Institute, and other international development organizations. Most recently, Ms. Dharmapuri was a writer-residence at the Carey Institute for Global Good (Winter 2016) where she completed her first book, Women, Peace & Security: 10 Things You Should Know. She was appointed a Fellow at the Carr Center for Human Rights Policy at the Harvard Kennedy School of Government (2011-2013) and she was an Investing in Women in Development Fellow at the United States Agency for International Development (2003-2005). She has published widely on women, peace and security issues including by CNN, Christian Science Monitor, The Fletcher Security Review, Hedaya and The Center for Global Counter-Terrorism, Women’s E-News, Human Rights Quarterly, The Global Responsibility to Protect Journal, The Global Observatory, The Alliance for Peacebuilding Online Journal, the Louisiana Literature Review, The US Naval War College’s Women, Peace and Security monograph series, and Parameters: The Senior Professional Journal of the US Army. 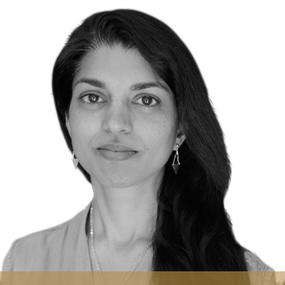 My Team: Our Secure Future