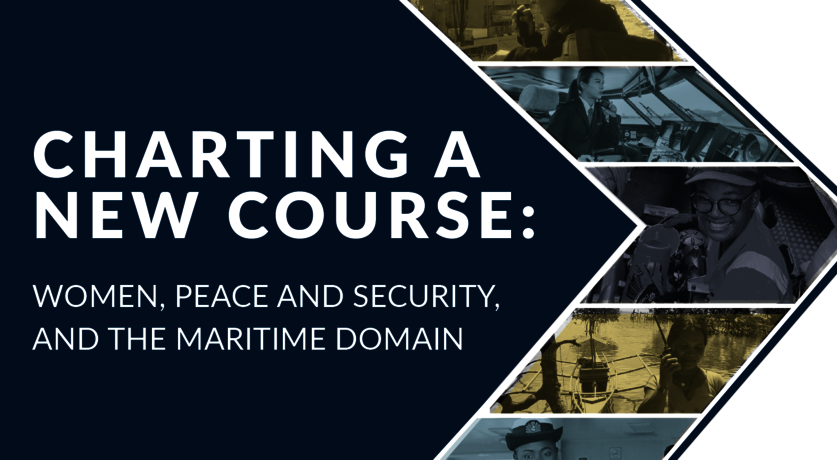 Women are increasingly represented in higher positions internationally both in government institutions and in civil society. Similarly, women have been active in every aspect of the private sector, including in the maritime space. However, more needs to be done to increase women’s participation in the maritime sector, from coastal welfare to the Blue Economy in order to reap the benefits of the Women, Peace and Security (WPS) agenda. In addition, actors in the maritime domain rarely incorporate a gender perspective into their work because maritime issues have traditionally been considered gender-neutral. Yet, two decades of experience on the ground and research show that when applied, the WPS agenda increases the effectiveness of programs, policies, and individual actors--male and female.

As the global agenda on Women, Peace and Security is increasingly implemented, the benefits of using a gender perspective and the transformational role of women as actors in a variety of issues is becoming more obvious. But the participation of women and the use of a gender perspective in the maritime space remains relatively unexamined. This paper aims to address that gap and provide a baseline examination of the intersection between the WPS agenda and the wider context of maritime security.