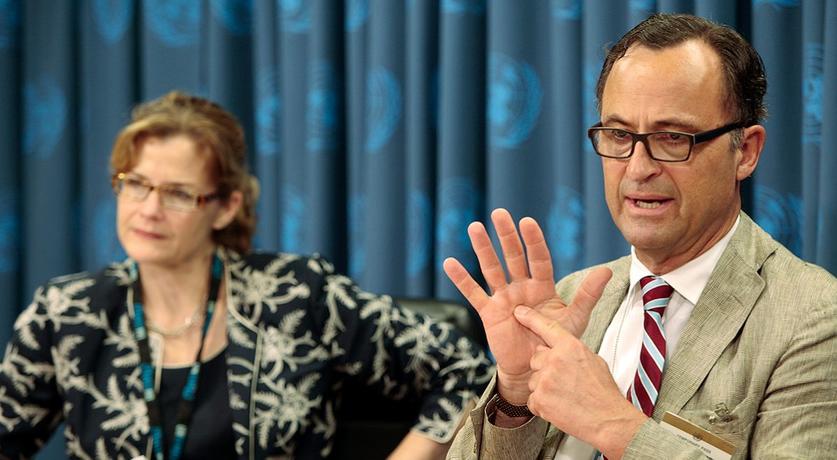 A former UN general shares their thoughts on peacekeeping in the Democratic Republic of Congo and why women need to be engaged in peacekeeping efforts.

The following interview is the fourth in our Security Roundtable series, which has so far featured Women, Peace and Security (WPS) expert, Cynthia Enloe, and group interviews with Male Leaders on Engaging Men in WPS intiatives, and expert women in WPS.  This latest addition to our series will provide insight on engaging women in local peacekeeping efforts from Major General Patrick Cammaert’s peacekeeping career and experiences in the Democratic Republic of Congo (DRC).

Major General Patrick Cammaert has a distinguished military career that includes service in the Royal Netherlands Marine Corps and in the United Nations.  During his time with the UN, he served as Sector Commander in Cambodia (UNTAC), as Assistant Chief of Staff in Bosnia/Herzegovina (UNPROFOR), as Force Commander in Ethiopia and Eritrea (UNMEE), as Military Advisor to the Department of Peace Keeping Operations (DPKO), and as General Officer Commanding the Eastern Division in the Democratic Republic of Congo (MONUC).  Since his retirement from military service in 2007, he has been an advisor and expert advocate on a variety of topics including: international peace and security, civil-military cooperation in peace support operations, peacekeeping, and the protection of civilians under threat of physical and sexual violence in armed conflict.  He is well-known for making the game changing statement to the UN Security Council that “Today, it is more dangerous to be a woman than a soldier in armed conflict.”

How did you become a champion of the Women, Peace and Security agenda?

My real attention to this subject came when I was deployed to the Democratic Republic of Congo. But in my previous missions in Cambodia, Bosnia, Ethiopia and Eriteria, I had already noticed that sexual and gender-based violence was a problem for civilians, especially for girls.

Our mandate in the Congo was focused on the protection of those people [the civilians].  In the Congo, I saw how important it was to make everyone in the mission focused on the subject—everyone including the police, the military and civilian personnel of the mission.  I saw how important it was to give women a bigger piece of the pie in peace-making and peacebuilding; because, I noticed that, if you empower women and girls with education, you have a better chance of reducing violence. Particularly when you empower women in villages, you see the influence immediately and things change. In villages, you have female committees and elders. They are dealing with social, financial and inter-relational problems in their communities. Women are the best to bring tensions down.

When I saw this in the Congo, I started to work with the organizations Care, Save the Children, War Child, and Human Rights Watch to address women’s involvement. So it has to be a bottom-up effort. It’s great to develop National Action Plans, and empower women in the parliament and train and deploy more women police, but poor women in villages still lack support. They say, “Where is the money, where are the resources for us to continue to have schools, health care, and our own livelihoods?” This definitely has to be both a top down and a bottom up effort.

What is one thing everyone should know about the Women, Peace and Security agenda?

My main message is threefold. First, there is no peace and security if there is no equality between men and women.  Second, women need to be much more involved with peacemaking. Third, as I said before, we need to work from the grassroots, the bottom-up and get far more involved in the economic development of villages and communities and regions.

It is interesting to see what happens when women become more empowered. They become more vocal. People listen to them and they become more influential.  The UN, civil society organizations, and others acknowledge that and recognize that instead of spending money on militaries and enlarging the military in countries, they should be putting money into education and healthcare.

To empower women in the field, it requires innovation, determination, commitment, and a willingness to cooperate with others.  For example, people in UN uniform need to be willing to work with civilians. If you listen to people from organizations such as the International Refugee Committee, UN field commanders will know where the problems are and how to help, how best to administer resources in close coordination with civilian colleagues.

How can male leaders be engaged in Women, Peace and Security?

We can engage male leaders by making them aware of the need for equality between men and women, and the need to empower women from the bottom-up at local villages. For example, military commanders should be asking about the situation of women in the local communities and where and how they participate—these are standard questions they should be asking because, if you ask these questions, you will immediately get stories from the local women about what’s wrong in the environment.  It is even better if military commanders can be assisted by female military officers, who can reach out so much better to women in the communities.  We must make sure that everyone embraces the agenda at every level.

I am surprised that it takes so long and so much effort to make senior level people aware of how important it is to have women on board to increase peace and security in conflict and post-conflict situations.  The impact is clear—women’s full involvement reduces tension, they have more comprehensive information about their communities, they are creative and have different skills than their male counterparts. Women are very solution-oriented without using force. This is a very powerful tool in problem solving in conflict and post-conflict situations.