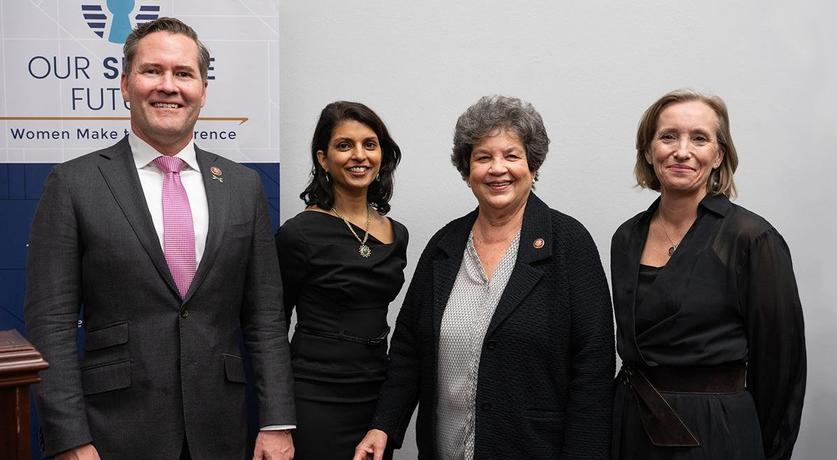 The WPS Caucus will focus its work on the critical role women have to play in conflict prevention, mitigation, and recovery as outlined in UN Security Council Resolution 1325 (UNSCR 1325) on Women, Peace and Security.

This March marks the latest addition to global efforts to advance the Women, Peace and Security agenda with the establishment of a bi-partisan Women, Peace and Security Congressional Caucus, chaired by Representative Lois Frankel (D-FL, and Representative Mike Waltz (R-FL). A formal WPS Caucus launch was hosted on March 9th, followed by a reception sponsored by Our Secure Future, a department of One Earth Future.

Read the full press announcement about the Caucus.