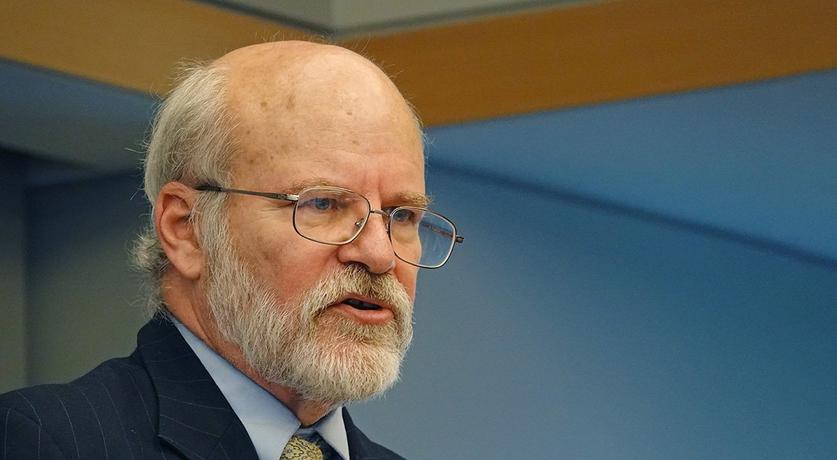 OSF Fellow Ambassador Donald Steinberg shares his thoughts on the recently released U.S. Government Strategy on Women, Peace, and Security and next steps to ensure implementation.

The White House has now released its long-awaited Strategy on Women, Peace, and Security (WPS). The strategy is mandated under the bipartisan Women, Peace, and Security Act of 2017, which requires the Administration to develop a broad national strategy to support meaningful roles for women around the world in peace operations and political, civic, economic, and security systems. The White House has instructed the Departments of State, Defense, and Homeland Security and the U.S. Agency for International Development (USAID) to produce specific implementation plans within 120 days.

The short 15-page text is not the comprehensive strategy required by Congress, but rather a statement of principles and priorities that these four agencies are to use to adopt action plans. As such, it is vital that members of Congress and civil society organizations now assist these agencies in making time-bound, measurable commitments backed by accountability provisions and ample resources, and then hold the Administration’s feet to the fire.

The White House strategy is overdue—not just because it was to have been submitted to Congress last October, but also because the empirical and anecdotal evidence has long shown that women’s leadership and participation in peace processes, political structures, and democratic transitions lead to more stable and resilient societies, and silence the guns of war.

In particular, women often bring to the table ground truth, moral authority, longer-term vision, and negotiating skills such that peace processes that have a critical mass of women are far more likely to succeed than those that do not. Women insist on addressing the root causes of conflict, including poor health and education, extreme poverty, cultures of violence, and ethnic/religious divisions. They demand accountability for abuses committed under the fog of war, recognizing that amnesties often mean that men with guns forgive other men with guns for crimes against women and children.

The Long and Winding Road to Legislation

A bit of background: the Women, Peace, and Security Act of 2017 was adopted unanimously by Congress, with its co-sponsors spanning the political spectrum from Representatives Ed Royce (R-CA) and Jan Schakowsky (D-IL) to Senators Jeanne Shaheen (D-NH) and Marco Rubio (R-FL). The Act highlighted the link between women’s global security leadership and America’s own national security and human rights interests.

Its roots go back a quarter-century to the Beijing World Conference on Women in 1995 that linked women’s rights and human rights “once and for all.” It took another five years after Beijing for the U.N. Security Council to adopt Resolution 1325 urging women’s leadership, empowerment, and protection in global peace and security operations. It then took another decade for the United States to codify this approach in U.S. policy by adopting a National Action Plan for Women, Peace and Security in 2011 (updated in 2016). Helping Secretary Hillary Clinton, Ambassador Melanne Verveer, and others to prepare and implement that National Action Plan as deputy administrator of USAID was a high point of my 35-year diplomatic career.

The route to enacting U.S. legislation on this agenda was equally tortuous. For nearly two decades, there have been proposals before Congress on Women, Peace and Security. I have testified before Congress three times on the need for this legislation, based on my experiences in peace operations in Angola, Afghanistan, Haiti, Kenya, South Africa, Zimbabwe, and beyond.  Part of my testimony has been to explain that passing this kind of law would not involve sacrificing American sovereignty.

The Act signed by President Trump in October 2017 was a triumph of persistence, but it was less ambitious than what many advocates had envisioned. It provided the Administration a platform on which to build, but it issued few directives. Too often, the Act used terms like “should” and “may” rather than “shall” or “must.” And significantly, it did not authorize or appropriate any additional funds to achieve its goals.

When it was signed, I called on the Administration, Congress, and civil society to be bold in acting on its ambitions, using a whole-of-government approach to involve the full U.S. foreign policy and defense establishment in addressing ongoing peacemaking efforts in Afghanistan, Colombia, Myanmar, South Sudan, Syria, and Yemen.

So how well did the White House fulfill the Act’s requirements?  On the positive side, the strategy’s goals, priorities and language are generally consistent with the Act’s intent and the current trends in the WPS agenda. Its introduction appropriately aligns this agenda with American national security interests, linking it explicitly to the President’s National Security Strategy. The WPS imperative is not presented as a “soft” issue:  if anything, the links between WPS and the Administration’s counterterrorism agenda are a bit too robust, with more than one reference per page—far more than the references to human rights.

The three key prongs of the strategy are reasonable and well-chosen. They are: a) preparing women to promote stable and lasting peace; b) ensuring that women are safer and better protected and have equal access to assistance and resources; and c) institutionalizing WPS within a whole-of-government approach. The strategy rightfully calls for partnerships with civil society, including faith-based organizations, to “increase women’s meaningful leadership in political and civic life.”

Finally, the strategy recognizes the need for a comprehensive approach by key agencies, tasking the Departments of State, Defense, and Homeland Security and USAID with identifying resource requirements, articulating roles and responsibilities, identifying the need for new policies, adopting cross-cutting training programs, and indicating what measures of effectiveness are to be used. From my dialogue with career policymakers in these agencies, I am encouraged that they are taking this assignment seriously and devoting their best talent to producing meaningful implementation plans. So far, so good.

The drawbacks to the White House strategy are in its substance and style. Given its short length and lack of specifics, for example, it is hard to understand why the first footnote states that the strategy “supersedes the 2016 National Action Plan”—which was by all accounts a more comprehensive, substantive, and detailed document widely praised by foreign partners and congressional observers. Indeed, the Trump strategy notes that “the United States has won recognition from friends and competitors alike as a champion of women’s empowerment across the phases of conflict and crisis resolution.” As such, some may wonder if they jettisoned the 2016 plan simply because it was adopted under President Obama.

The strategy’s language and rhetoric, while generally good, fall occasionally into paternalism. There is only a passing reference to the need to draw on the wisdom and ground truth of grass-roots women in developing policies and programs. The principle “Nothing about us without us” is absent. Similarly, the strategy calls frequently for “us” to empower women, when most advocates now acknowledge that the inherent power of women requires that women be provided with the space, access, and resources needed for them to exercise their own power.

There is also little attention to “intersectionality”; that is, addressing the compounded marginalization and vulnerability women face when they are also members of other disadvantaged groups, such as people with disabilities, displaced persons, ethnic and religious minorities, indigenous populations, and the LGBTQ community.

An important gap in the strategy is the absence of language addressing sexual and reproductive health needs in conflict and humanitarian settings, which is a priority for most world governments and civil society organizations. While there is welcome language promoting psycho-social support for the survivors of violence, exploitation, and abuse, there is no reference to sexual and reproductive health—the closest being a reference to “heath (sic) security targeted at saving lives.”

The Road Ahead: What Implementation Plans Must Include

The agency implementation plans are now due to be transmitted to Congress in October 2019, a year after the congressional deadline. If advocates take the opportunity to work with officials of these agencies to develop robust, meaningful, funded, and measurable actions for the WPS agenda, it will be worth the wait. Among the steps we should be urging:

The National Security Imperative for Women, Peace and Security

Finally, there are occasions in which the Strategy undercuts its own arguments about the importance of the WPS agenda by stating that policies will be implemented only in a limited set of cases and only “where appropriate.” There is a worrisome sense that the WPS agenda is in competition with other national security priorities and realpolitik, and a lack of clarity as to where and under what conditions other priorities will trump our commitment to women’s rights, leadership, and protection. At times, it seems to ask, “Given the wide range of security challenges facing the United States, can we afford to place women’s leadership at the top of our to-do list?”

Our experience has taught us that a tragic cost in human lives and resources results from the repeating cycle of violence from failed peace processes. Countries faced with instability due in part to their marginalization of women are more likely to traffic in drugs, people, and weapons; send large numbers of refugees across borders and oceans; incubate and transmit pandemic diseases; harbor criminal networks, pirates, and terrorists; and require foreign military engagement and humanitarian assistance.

Thus, we should ask instead: “Given these security challenges, can we afford not to put women’s leadership at the top of our list?”

Donald Steinberg is a fellow at Our Secure Future, and is the executive director of Mobilizing Men as Partners for Women, Peace and Security, a project of OSF, and is co-chair of the board of the Women’s Refugee Commission. He served as deputy administrator at USAID under President Barack Obama, director of the State/USAID Joint Policy Council under President George W. Bush, and U.S. Ambassador to Angola under President Bill Clinton. He also served as an advisor to the U.N. Secretary-General for Women, Peace and Security.