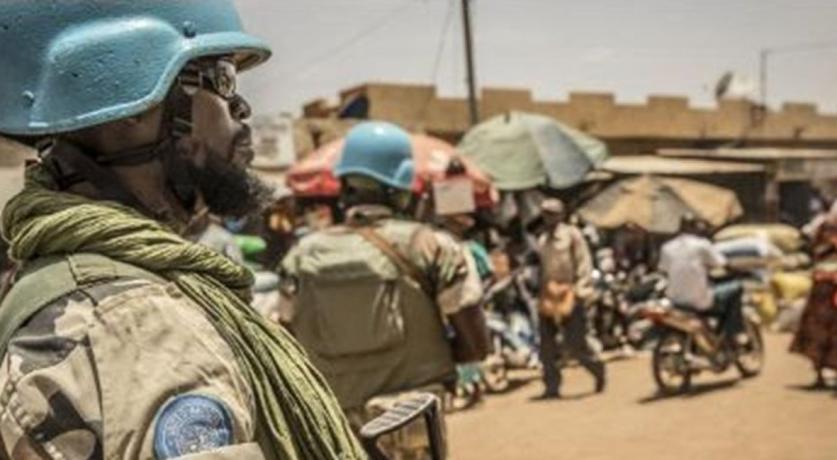 On Wednesday, June 24th, 2020, in partnership with the Georgetown Institute for Women, Peace and Security, Our Secure Future co-hosted the event “Gender Equality in Peace & Security: The Role of Male Allies” to draw attention to the important role men have in pushing the agenda forward. As a panelist at the event, this blog reflects the remarks from Ambassador Donald Steinberg, the champion of our Mobilizing Men as Allies for WPS project. For a round up of the entire event, check out this blog from Kelly Case.

Thank you, Ambassador Verveer. It is a pleasure to address this global audience of more than a thousand participants from more than 100 countries. I salute your interest and engagement in the vital topic of the role of men in promoting women, peace and security.

My work over the last 45 years has been at the intersection of human rights, conflict transformation and development with the US government, civil society and the United Nations. The single clearest lesson I have learned is that peaceful, prosperous and just societies only emerge when we draw on the leadership and contributions of all of society, including women, people with disabilities, the LGBT community, displaced persons, and other marginalized groups.

The paradox we face is that nearly all the policy-makers and gatekeepers who are key to ensuring this diversity and inclusion are people like me: privileged, straight, older men with little direct experience of exclusion and abuse based on identity factors.

Men as Allies and Partners

As a result, it is not surprising that women have been systematically excluded from peace process around the world; that peace negotiations often begin with the granting of amnesties through which men with guns forgive other men with guns from crimes committed against women and children; that the end of formal conflict often leads to a more pernicious form of violence against women as a result of failed demobilization and security sector reform; and that issues such as sexual and reproductive health, girls education, psycho-social support for the survivors of violence, and women’s economic and social empowerment are neglected.

In addressing these challenges as a man, I have always seen my role as an ally, a partner, a facilitator of women’s leadership, with an agenda defined by them. This does not mean that I have adopted a passive role, nor that I am shy about stepping forward to advocate for these concerns.

For example, as Deputy Administrator at the U.S. Agency for International Development in the first Obama administration, I had the real privilege to work for Secretary Clinton and with Ambassador Verveer, Carla Koppell, dedicated career officers, and a veritable gender Dream Team to implement a strategy based on four pillars. I saw my role as four-fold.

Of course, my real role at USAID was to take my weekly phone call from Melanne and find the money to pay for the latest great idea she and Secretary Clinton had cooked up.

Mobilizing Men and Women for WPS

More recently, I have been privileged to put together a new initiative, “Mobilizing Men as Partners for Women, Peace and Security.” The roots of this initiative came from a program you organized at the Georgetown center a few years back. I had the privilege of speaking on a program with Secretary Clinton, Under-Secretary of Defense Michelle Flournoy, Ambassador Samantha Power and Ambassador Verveer. With that line-up, the audience filled up Gaston Hall, which seats about 800 persons.

As she left the stage, Secretary Clinton turned to me and said, “Where were all the men?” When I looked at the audience, there were indeed fewer than 100 men there. So, we sat down to discuss why men are missing in action in the WPS arena, and what we could do about it.

After leaving government, I joined with women and men from diplomacy, defense, academia, and civil society to form, “Mobilizing Men as Partners for Women, Peace and Security,” supported by Our Secure Future. It has grown to an initiative with about 250 groups and individuals.

Our four principal objectives are to use our connections to open doors in the corridors of power for grassroots women from conflict regions who are fully capable of speaking for themselves; to hold global institutions accountable for their WPS commitments; to strengthen, empower and protect women peacebuilders; and to enlarge the WPS community of practice.

We have quietly facilitated high-level contacts for women advocates in a dozen conflict- affected countries.

We are working in support of many great civil society organizations, including Men Engage, Promundo, International Civil Society Action Network, USIP, Institute for Inclusive Security and of course the Georgetown WPS Center.

We are always looking for new partners, and you can find our Charter, Statement of Principles and more information at OurSecureFuture.org.

Challenges in International Structures for WPS

I would like to conclude by addressing some factors that have limited our progress in the women, peace and security arena, and specifically to address five of them.

First, the basic documents and provisions in international law that undergird the promotion of the WPS agenda are weak. While I am a big supporter of UNSC Resolution 1325 and its successor resolutions, they are mostly hortatory, with verbs like “encourage,” “request” and “urge” rather than “demand.” Further, there are no provisions for sanctioning governments or non-state actors for failing to meet its measures, nor even a mechanism for listing those scofflaws in order to publicly name and shame them. There is no Security Council working group, no regular mechanism for these issues to be brought to the Council, and few time-bound measurable goals backed accountability provisions and financial and human resources. I would note that all of these provisions are included in other protection regimes, including for Children and Armed Conflict under UNSC Resolution 1612.

Second, we tend to address issues of women’s empowerment and leadership in the peace and security sector only through a utilitarian lens: that is, we want women at the table because we get better results, more diverse insights, and community ownership. We also measure success narrowly, focusing on numerical goals in UN resolutions, National Action Plans, and peacekeeping mandates.

As a result, we overtook the fundamental truth that a seat at the table, preferably at the head of the table, is a non-negotiable human right enshrined in the Universal Declaration of Human Rights and international law. And we often forget that even modest progress cannot be sustained unless it comes with changes in gender power dynamics and more inclusive leadership patterns.

Third, in addressing women, peace and security, most male allies know that we have to take a step back, display humility, and avoid mansplaining on WPS issues. Still, we often think our engagement gives us a special status and immunity. We cannot forget that issues of sexism and misogyny at the core of WPS are so “charged” that we must check our male privilege at the door and prove our bona fides every day.

A Feminist Approach to Covid-19 Response

Fourth, the global governance structures continue to adopt a male-dominated, testosterone- driven posture with respect to global issues of peace and security. Indeed, one of the strongest feminist critiques of international law has been its narrow definition of national security as addressing acts of war and peace between sovereign states. In a recent article I published with Israeli scholar and activist Ruth Halperin-Kaddari, we consider what would have been achieved if the world would have adopted a “feminist” approach to the Covid-19 pandemic, stressing:

Under this this alternative scenario, in late 2019, when COVID-19 was first identified, the U.N. Security Council would have declared it to be a threat to international peace and human security. The council would have brought China, the World Health Organization (WHO), and other international experts to its chambers to transparently share information on the virus, and then would have disseminated this information to regional bodies, other governments, and civil society actors.

As a first response, the council would have adopted a resolution to mandate global cooperation and coordination to slow the virus’ spread. Rapid reaction teams – similar to the U.N.’s emergency peacekeeping forces — would have deployed immediately to targeted hot spots and transmission points. The U.N. resolution would have authorized nations to use travel and trade restrictions, but these would have been adopted collaboratively rather than as ad hoc and unilateral measures. This step would have ensured that the measures were not used — nor viewed — as punitive actions or extensions of xenophobic immigration policies or trade wars.

To those who ask whether COVID-19 should be within the Security Council’s purview, let us answer a question with a question. During the period since the coronavirus emerged, what greater threat to global peace and security has the Council addressed than a pandemic that has killed almost 500,000 people, infected almost 10 million, and pushed up to 60 million people into extreme poverty?

Finally, testosterone does not easily co-exist with long-term, incremental change and patience. On this point, I want to quickly describe a visit I made with AID a few years back to the small town of Nebaj, Guatemala, where we were supporting women survivors of domestic violence working with local authorities and religious leaders to combat centuries-old beliefs and cultural practices, end impunity for abusers, and assist survivors. In our conversation, I kept asking the women for proof of major changes. Finally, a man in the back stood up, and said:

“With all due respect, sir, I think you’re missing the point. Let me tell my story. When I was a young boy, my father would frequently get drunk and beat my mother. I was powerless to stop him and felt impotent. I thought that this was how a man was supposed to act. And so, when I grew up and got married, I did the same thing. Two years ago, I started coming to these meetings and I realized the pain I was causing my family. Last year, my wife gave birth to a son, and when I held him in my arms, I said: ‘Enough is enough. This stops with me.’ I will never again bring violence into my home.”

I left that meeting with a different understanding. Yes, the WPS agenda can be measured in major new laws and groundbreaking resolutions. But at times, it is also measured in ending the cycle of generational violence in one house in a small town in Guatemala.