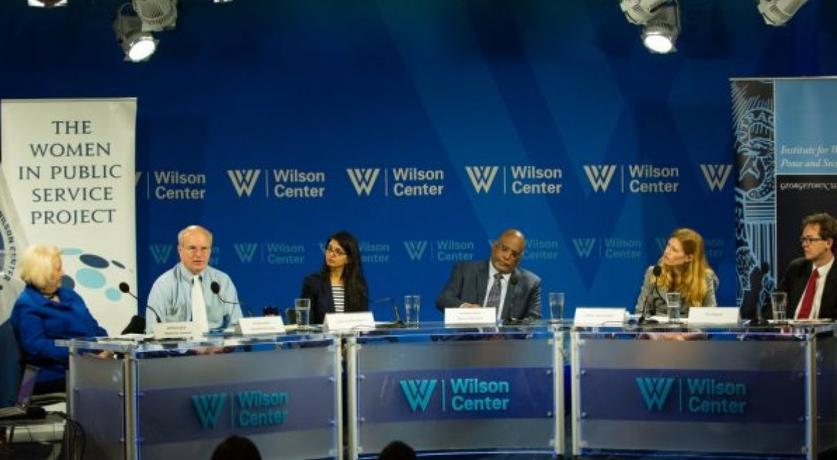 The WPS agenda presents the opportunity to make formal peacemaking and peacebuilding processes and structures more inclusive, effective, and sensitive to the needs of the entire population. However, the agenda will not be fully successful without the inclusion of men.

The signing of the United Nations Security Council Resolution 1325 was the first formal recognition of the critical role women play in conflict mitigation and prevention, and peacebuilding. Since then, women have been visibly at the forefront of Women, Peace and Security (WPS), an agenda and movement that stems largely from UNSCR 1325.

While the movement has made great strides since its inception, there is an opportunity for engagement with male allies. A gap persists despite men dominating leadership roles within national and international security structures. There are also institutional and perceptional obstructions within the field.

Our Secure Future (OSF) has attempted to address this gap with two different projects. In 2018, OSF launched ‘Mobilizing Male Allies for Women, Peace and Security (MAWPS)’ initiative, led by Ambassador Don Steinberg. MAWPS brings together individuals from the defense, diplomacy, development, civil society, and corporate spheres; all of whom are dedicated to advancing the WPS agenda. The group hopes to ally with, listen to, speak with (not for), and open doors for women’s groups and individuals working to advance gender equality within international peace and security efforts.  Ultimately, Ambassador Steinberg plans to draft a charter and request that high-level men who support WPS sign-on to help move the agenda forward in a meaningful way. Keep an eye out on our events page for more information as this project progresses.

In 2017, OSF conducted more than 50 semi-structured phone and Skype interviews with male leaders from across the U.S. government, military, civil society, and international organizations that promote gender equality in peace and security policy and practice. The resulting study is intended to inform policy, research, and advocacy that supports the next stage of growth for the WPS movement.

Those interviewed recognized that they have the power to move this agenda forward – or to obstruct it- because of their dominant roles in peace and security structures and decision-making. Men interviewed also pointed out that, as males, they can convey a persuasive message about the relevance and importance of gender equality principles. Often, men who work in these institutions are usually the advocacy targets for the agenda but are rarely seen as supporters themselves.

The study found that men with traditional national security backgrounds can also become credible bridge builders between the movement and other peace and security policy areas. They can help bolster the movement because they understand the perspectives, the language, and the prism of the security sector, as well as its biases, and can identify strategic opportunities for advocacy.

The interviewees also expressed the view that they can initiate needed dialogue about prevalent gender norms and expectations for men, and about their consequences. Another commonly expressed perspective was that the current dominant approaches are failing to provide peace or security for much of the world’s population; and that a fully implemented WPS agenda and, gender equality more broadly, offers a chance for deep structural and social change.

The three conclusions below are just some of the recommendations OSF has shared with policymakers. The full report, and list of conclusions, can be read here.

The WPS agenda presents the opportunity to make formal peacemaking and peacebuilding processes and structures more inclusive, effective, and sensitive to the needs of the entire population. However, the agenda will not be fully successful without the inclusion of men.