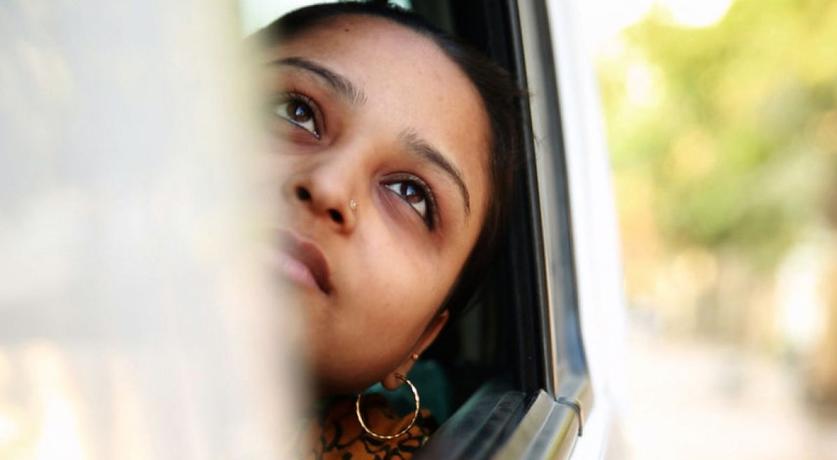 Brave Girls tells a universally relatable coming-of-age story about rebellion against societal expectations, falling in love, and how the consequences of your decisions can shape the rest of your life. Following three young women from Dholka, India, the film shows how they are charting their own paths within their conservative community and the different ways someone can be brave.

Set in Dholka, a conservative town in the western state of Gujarat, India, Brave Girls follows the lives of three young women embarking upon adulthood. Karishma, Apsana, and Samira are joining a new program at Pratham Open School to get a second chance at an education. As is the custom in the area, many girls do not go to school beyond the fifth grade. In interviews with a village leader and some family members of the young women, the documentary unravels some of the cultural reasons why.

Starting with the introduction of the three young women and the inception of the Pratham program, the film spans about two and a half years of their lives.The goal is to get enough students to fill the program and get them through a tenth grade equivalency test. Without giving away too much, the story takes a much deeper turn. School remains the central thread throughout, but viewers begin to understand the cultural and community complexities behind each decision the young women must make.

Brave Girls started as a means to give young women the ability to explore their lives through the lens of the camera. Three months of digital storytelling workshops bore the fruit of a short film titled “Small Small Dreams,” which was selected to be shown at the Women at Work Film Festival in the nearby city of Ahmedabad. The genesis of Brave Girls began when the filmmakers received a call from one of the young women involved in the work; she was thinking about running away from an arranged marriage so she could continue her education.

For many within this community, a daughter’s reputation can determine the entire family’s standing. Many feel that in order to protect them from outside influences, it is safer to keep young women within the home until they are married. When they are married, they move to their husband’s family’s home or town to care for in-laws and children and tend to housework. The thinking is, “if they are not going to work outside of the home, why do they need an education?”

The website for Pratham cites an Economist article titled “Culture and the Labour Market Keep India’s Women at Home” that does an in-depth dive into the topic. Within the article, Anirudha Dutta, author of the book Half a Billion Rising: The Emergence of the Indian Woman, says, “There is a trade-off between spending money on educating a girl or spending it on a dowry; education often means a smaller dowry or none at all.”

Despite the consistent climbing of the GDP in India, women’s participation in the workplace has, at best, stagnated since 2003. There is a U-shaped curve of women with those at either end of the income spectrum being more likely to work — those at the lower end out of necessity and those at the higher end because they attended university and want to work. Without a return on investment in career options, what is the best point of entry to encourage widespread education for girls?

There was some pushback against this idea, though, too. In the film, Karishma’s mother explains how she was able to convince her husband that it would actually improve their daughter’s marriage prospects. This notion is echoed in the Economist article, as well. The better educated a new daughter-in-law is, the more effective she will be raising grandchildren, caring for in-laws, and running a household.

It is crucial to explore the idea of women’s empowerment in the developing world from the perspective of those living it. Brave Girls poignantly places the viewer in the shoes of Karishma, Apsana, and Samira and shows the complexity of the idea of tradition. Viewers experience the hope in Apsana’s dreams of driving a car and wearing jeans and Karishma’s dread while feeling torn between her secret love and the man her family has chosen for her to marry in a few months’ time. You feel the weight of their decisions, especially given the gravity of the relationships that surround them.

The film leaves viewers asking themselves many questions. What would you do if there were no path to education and the application of it? Without meaningful participation in the political process, how can there be equal weight given to women’s voices? Is choice something these young women can truly enjoy? Can relationships withstand the consequences of self-determination? Should they? Independence, or tradition? Ambition, or comfort of the community? What is life worth without independence to make one’s own decisions?

Formal education is a crucial piece to the puzzle of development and the advancement of women. This is particularly the case within the context of country stabilization and peacekeeping. Educating adolescent girls is the world’s single greatest investment in development to improve health outcomes for families, boost economic growth, and open opportunities for women in political leadership. Brave Girls tells the stories of three young women within this sphere, the challenges they face to achieve their dreams, how their experiences can apply to us all, and the different ways someone can be brave.

Brave Girls was released on DVD this past June and is currently available to stream through AppleTV, Amazon, Google Play, Vimeo, and Vudu. The filmmakers work with communities in India and the United States to encourage conversations about increasing the agency of young women worldwide.