In September 2015, I interviewed the Integrated Gender and Development Division in Davao City, Philippines. The division started in 2003 to oversee and implement the city’s Women and Development Code. This code effectively implemented the Convention on the Elimination of Discrimination Against Women (CEDAW) at the city level.

I met with the director for more than an hour discussing the code and the specific programs she oversees to increase women’s security. She left our meeting in a rush to address an on-going domestic violence claim against one of the city’s police officers. Before leaving, she emphasized one key point: our success with the code is entirely because of the strong women’s movement in Davao City. 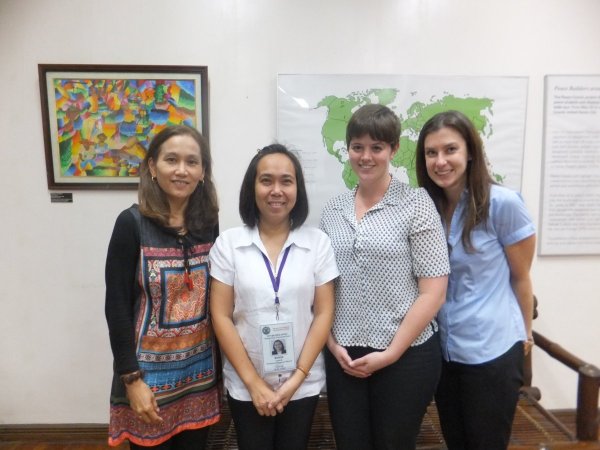 My research in the Philippines has taught me one important lesson—women’s organizations are at the forefront of securing human rights and security at the grassroots level. While we reflect on the 17th anniversary of United Nations Security Council Resolution 1325 on October 31, I am reminded of the women who work day by day to advance women’s social, economic, and political rights especially in fragile or conflict-affected regions.

While this is all impressive, what I find most interesting is the progress made on the local-level. Long before the national government passed women’s rights legislation, conflict-affected regions in the Philippines made substantial gains in increasing women’s rights, security, and public participation. In Davao City, the regional capital of the conflict-affected region of Mindanao, local women’s organizations excelled at using internationally agreed upon frameworks to directly benefit local communities.

Working locally is a strategic move for the long term. It can help to create a groundswell of support for women’s rights. Women’s organizations in Davao City gained popular approval through public service announcements, public surveys and research, and meetings with government officials to outline specific demands.

As a result of working locally, organizations can see immediate changes in their communities. Importantly, this allows communities to set their own needs and priorities. For example, Davao City provides pro-bono legal services for victims of domestic violence, daycare services for all government employees, and political training for women to run for political office. These services were developed under the guidance of women’s organizations in the city.

With little pomp or recognition, women are ensuring their own security worldwide. They use international human rights law and the women, peace, and security framework to advance their goals to build more peaceful, sustainable, and equal communities. This brings new meaning to the adage “think globally, act locally.”

Kelsey Coolidge is a researcher for OEF Research, a program of One Earth Future. Read more of her analysis on women’s rights and civil society in Davao City, here.