What is a National Action Plan on Women, Peace and Security?

In 2005, the UN Secretary General Special Report called on member states to create Women, Peace and Security (WPS) National Action Plans (NAPs) detailing how they will fulfill the mandate, to ensure that countries follow through with their commitments.

A WPS National Action Plan is a policy framework created by governments, regional institutions, and civil society to implement UN Security Council Resolution (UNSCR) 1325. The adoption of UNSCR 1325 on Women, Peace and Security in 2000 was a groundbreaking achievement for the inclusion of women and a recognition of their vital contributions to peace and security. UNSCR 1325 does more than pay lip service to the importance of women’s full participation in creating durable peace and security – it is a mandate that requires governments to act.

A unique feature of WPS NAPs is that they are intended to be developed with significant input from civil society and in collaboration with relevant international actors, including partner governments and gender advisors. Civil society consultation is a key part of drafting the documents, and civil society actors are crucial in monitoring implementation by government actors and ensuring accountability for the commitments made. The goal is to produce meaningful advancement in the WPS agenda at the national and local level, with focus on supporting specific programs, practices, and policies that promote their inclusion. To date, more than 85 national governments and regional institutions have created NAPs.

Women, Peace and Security aims for better communication between governments, multilateral organizations, and civil society groups. A hallmark of an effective NAP on WPS is when all stakeholders work together within a context-specific framework to ensure the inclusion of women in peacebuilding and politics; and gendered protections from violent conflict for people of all genders. 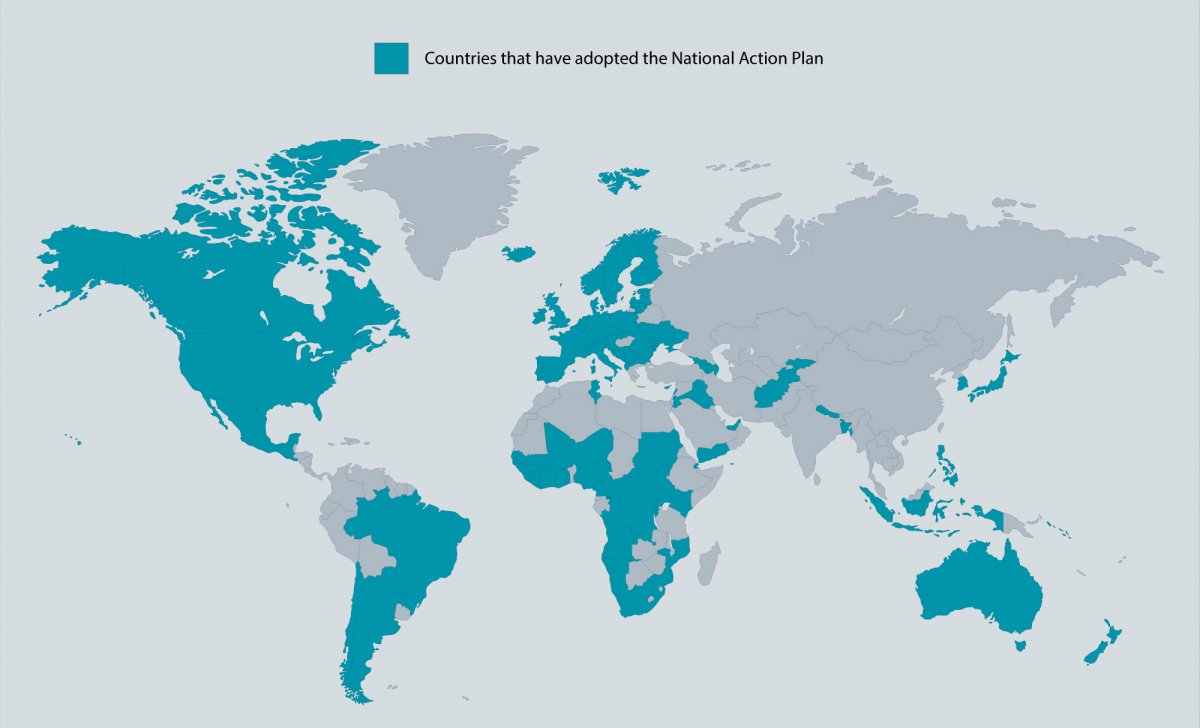 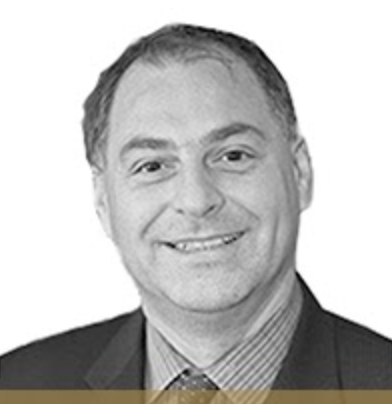 Reflections from Miki Jacevic on the 15th Anniversary of NAPs (2020)

In 2010, I started working on NAPs. For almost fifteen years before that, I had worked with many women leaders on the frontlines in conflict-affected countries. I was ever convinced that the WPS agenda will only prosper once we get official institutions, government officials, the international community, and foreign donors to actually take action to support these women. At the time, there were about 19 countries with NAPs, almost all of which were European donor nations. Canada’s Ambassador for Women, Peace and Security, Jacqui O’Neill, who was a colleague at the time, asked me, “now that you clearly are on this journey, what would success look like to you in ten years?”

We are now (incredibly) ten years later, at the 20th anniversary of UNSCR 1325. There are items to celebrate and still many more to keep working at. 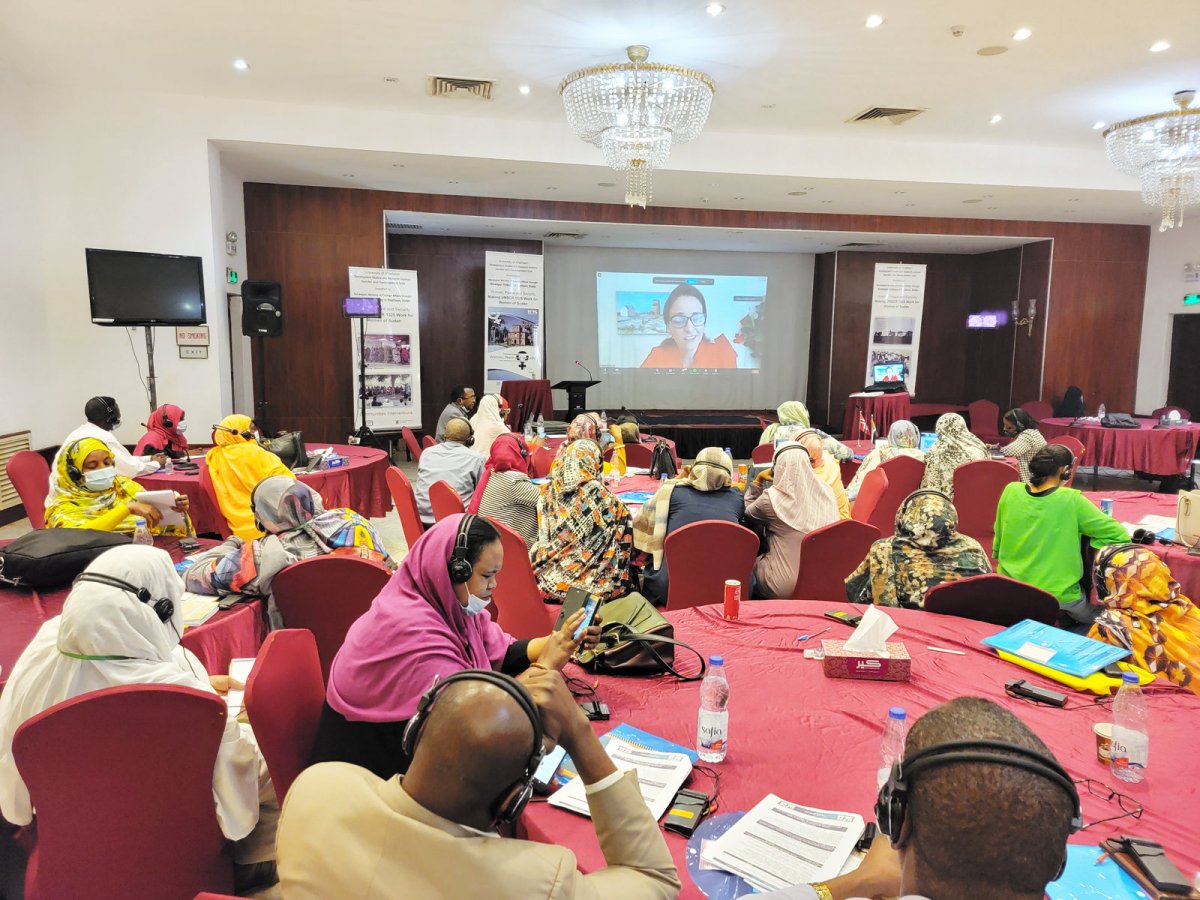 I told Ambassador O’Neill that, in my dream, we would have about 60 countries with NAPs. We have far surpassed that goal. Today, there are 86 country NAPs, and I am working on six more, so hopefully by the end of this anniversary year we will reach 90 countries with a 1325 NAP. Similarly, almost all of the international, multilateral, and regional organizations – from NATO and EU to AU and ASEAN – have a plan and robust architecture on WPS. In most countries, NAPs are also aligned with other national priorities. Most exciting is the connection of the WPS agenda, including NAPs, with the CEDAW committee reviews – most nations are now required to report on General Recommendation No. 30, which includes specific inquiries around the country’s NAP, its implementation and budgeting.

Having worked with 50 countries in the development of their NAPs, I remain ever more committed and impressed, above all, to the transformative potential of the NAP process. It is so unique to get Ministries of Defense and Interior to sit together with Social or Women’s Ministries and civil society. Having had a privilege of seeing this process in some countries unfold for a number of years, I can speak to its value not just to create action on WPS, but, in general, to advance the needed understanding of inclusive governance as a key strategy to address many societal challenges across all countries, not just in those affected by violence and conflict. 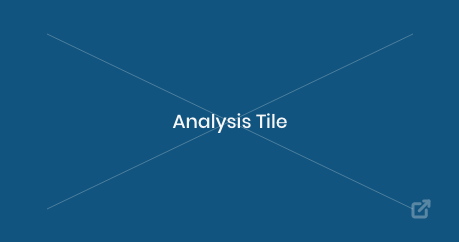 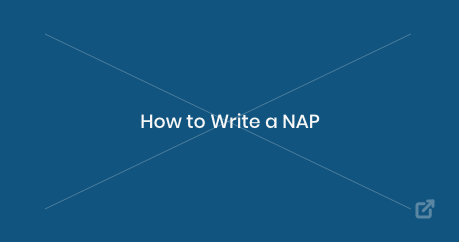