As a result of over 50 interviews with male leaders in this field, Our Secure Future’s Sahana Dharmapuri and Jolynn Shoemaker have identified the challenges to, and opportunities for further engaging men in the Women, Peace and Security agenda. The individuals interviewed, which include members of the panel, overwhelmingly highlighted the need to increase the number of male champions, improve collaboration—not just among men, but between women and men as well—and to advocate for a more robust implementation of WPS worldwide. This panel provided an opportunity to further investigate the ways in which the WPS community of practice can break out of existing silos, and better understand gender equality as the strategic capability it is.

Missed the live event? Watch a video of the conversation here. 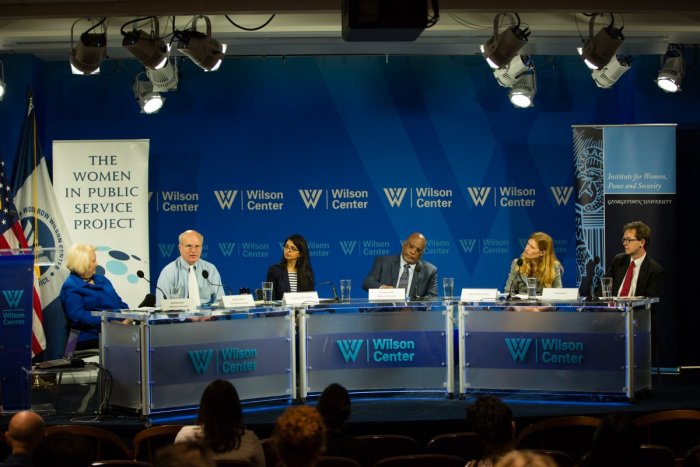