In honor of summer vacations and long road trips, we’re recommending three podcasts that are giving us life! Each puts a unique focus on varying security issues; some shows dedicate more attention to the application of a gender perspective while others take a traditional or widely accepted notion and dissect the history behind it. We think you will enjoy them all, and we hope to bring you more podcast suggestions in the future!

Peace Is Not a Business Deal 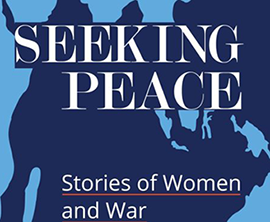 Seeking Peace is a podcast from the Georgetown Institute for Women, Peace, and Security that explores the roles of women in war and peace. Women are disproportionately affected by war and conflict, but they are also peacebuilders and leaders. Hosted by former Ambassador for Global Women’s Issues Melanne Verveer, the podcast features an interview of a well-known voice in the Women, Peace and Security network like former Secretary of State Hillary Clinton and Nobel Peace Prize winner and former president of Liberia Ellen Johnson Sirleaf.

Alongside the interviews, journalists highlight women’s experiences from the field, like those of the Shanti Mohila (the Peace Women) in a Rohingya refugee camp in Bangladesh and the first all-female demining squad in Afghanistan. Seeking Peace is warm without coddling, and strong without losing the realities of women’s lives serving in these crucial peacebuilding roles. OSF appreciates the stories from women leaders whom many of us know and the coverage of higher-level policy issues, but also the time taken to spotlight the stories of women on the ground and their grassroots efforts towards peacebuilding.

OSF Episode Spotlight: Episode Two with Secretary Hillary Clinton and Episode Seven with Monica McWilliams. There is currently one season of Seeking Peace.

These Boots are Made for Walking 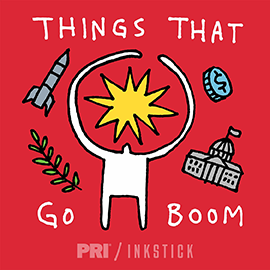 Things That Go Boom is a podcast that covers a wide range of “what keeps us safe.” Episodes cover topics that surround the security framework, like the mercurial definition of national security, who disproportionately “pays” for the maintenance of certain defense systems, and the gendered lens Americans often use to view the diplomacy vs. military debate. The second season dives deep into “Fallout,” a look at the Iran nuclear deal and how America stays out of a nuclear war.

Hosted by Laicie Heeley, founder of Inkstick Media and a Stimson Center Fellow, the podcast strives to “show you the people behind the policy and the stories they have to tell.” OSF enjoys how TTGB tries to frame episodes in a way that leaves policy jargon behind and frame conversations in a way that feels like you’re chatting with a friend over a drink, but without leaving any analysis behind. The podcast tends to lean towards nuclear policy, as that is Heeley’s background. But browsing the broad range of episodes will have you wondering: what do Shakespeare and a Mongolian yurt have to do with national security issues?

Always Being on the Move, By Always Providing, By Always Getting Enough 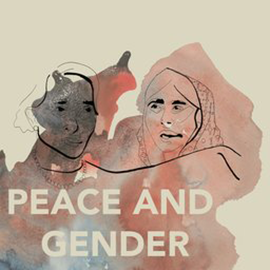 The Peace and Gender podcast is a collaboration between Monash University’s School of Media, Film and Journalism and the Monash Gender, Peace, and Security center. The podcast interviews people to understand the personal stories behind the research and those taking action within the different areas of gender, peace and security. Episode topics have included the underrepresentation of women and LGBTQI+ people in diplomacy, the effects of climate change on women, and gender equality in UN peacekeeping.

Episodes are typically pretty short, around 15–25 minutes, but provide context as to why this research is crucial to making long-term policy changes towards the Women, Peace and Security agenda. We want to give a special shout-out to Peace and Gender for their most recent episode doing a dive into OSF Fellow Miki Jacevic's story. Miki tells of witnessing the informal networks women build during the conflict in his hometown of Sarajevo and moves to the importance of including women in peacebuilding in Afghanistan’s future.

OSF Episode Spotlight: Episode One: “Women and LGBTQI People in Diplomacy” and Episode Three: “Military Masculinities.” There is one season of the Peace and Gender podcast.

What do you think of our podcast suggestions? Do you have anything you think we should be listening to? Connect with us on Twitter and let us know!