: Girls celebrate the opening of a new school and clinic implemented by the African Union–UN Hybrid Operation in Darfur. Photo by UN Photo/Albert González Farran

In March 2018, Insider released a list of the ten worst countries in the world for women. It was not the first time a list had been produced pointing out what is going wrong for women. These lists are morbid and captivating. They instill their readers with a deep sense of injustice—one that they inherently want to do something about.

However, what they don’t provide are potential solutions or a way forward, thus limiting women in the media to the role of victim rather than that of peacebuilder, problem-solver, or heroine.

This is not to say that systemic violence against women in countries that frequently make these “top worst” lists should not be addressed, but it is to say that media portrayals of women’s victimization should be paired with solutions such as participation and equality.

More useful lists—of countries to emulate—provide examples of the best countries in the world for women and give reasons for their rankings. A 2018 list of the twenty-one best countries in the world to live in if you are a woman, by Business Insider, explained that its criteria included human rights, gender equality, income equality, progress, and safety. Reports such as the Women, Peace, and Security Index and Gender Equality Index rank countries from the best to the worst and also list criteria that explain why they believe certain countries are more livable for women than others.

Why is this important? It’s important because we need to stay clear of a narrative that focuses on women’s identities as victims in order to create the space for them to be viewed as anything else. Narratives that view women as heroes and leaders speak loudly about women’s potential as agents of change, rather than continuing to perpetuate the protection narrative that women need men to protect them. They also serve as a powerful indicator of gender equality, which is directly conducive to fewer instances of sexual and gender-based violence (SGBV). As the Women, Peace, and Security Index illustrates, there is a natural connection between greater justice and inclusion for women and improved security for women. 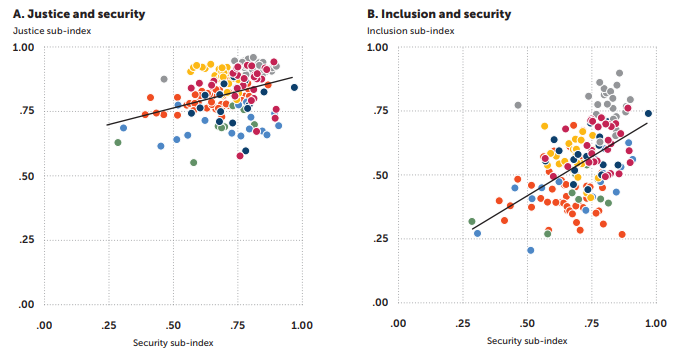 The Women, Peace, and Security (WPS) narrative is crucial to changing the dominant narrative of women’s victimhood to one of women’s agency. WPS views women as powerful actors in their own lives and provides concrete steps for better inclusion and political representation of women overall. Well-intentioned though they are, lists such as Insider’s do little to improve the circumstances they describe and fail to make policy or aid suggestions that might improve conditions (although we have written on this topic before and made some of our own). If we were to flip that narrative on its head, we would be able to address systemic SGBV by providing policymakers with solutions that work—incorporating more women in decision-making roles and creating greater gender equality worldwide.