In October 2017, the US Women, Peace, and Security Act was passed, making the United States of America the second state in the world to pass legislation in support of the Women, Peace and Security (WPS) agenda, following Israel’s Women’s Equal Rights Law of 1951 with specific language on implementing WPS.

The bill had bipartisan representation in both the House and the Senate. Our Secure Future is happy to celebrate the following legislators who supported the act on both sides of the aisle, in honor of its first anniversary as law. 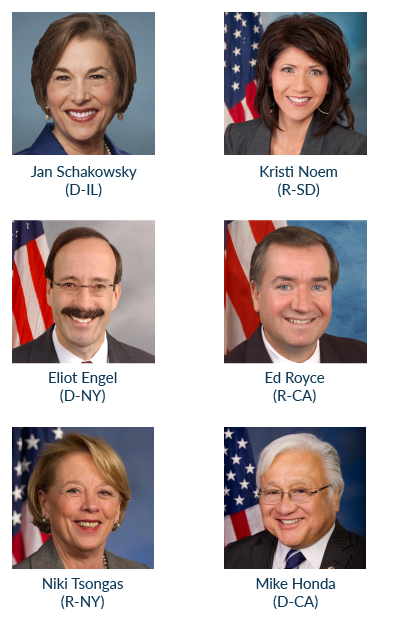 To learn more about this historic act, check out our policy brief, “What You Should Know About the Women, Peace, and Security Act of 2017.”